Customer Reviews
We're very Pleased to cooperate with you. Your good service makes me be satisfied! Will definitely be ordering more in the futher.

I'm very pleased with the service of this company,I believe that their business will be better and better.

Want to know how to use CAT6A network cable? Four questions need to be mastered:

1. What is CAT6A network cable?

4. What are the application scenarios of CAT6A network cable?

With these four questions, let's take a look

1. What is CAT6A network cable?

We use the most CAT5E network cable in the project, and the unit wiring with high network requirements will use the CAT6 network cable.

This time, I will introduce the shielded CAT6A network cable that is widely used in the market. 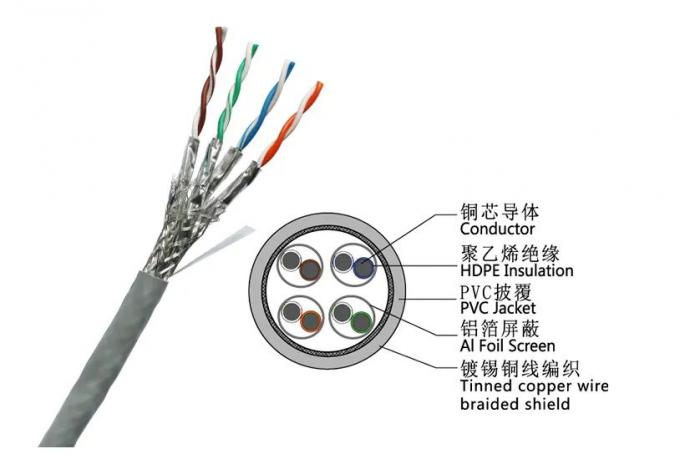 CAT6A system can provide 500MHZ comprehensive attenuation to crosstalk ratio overall bandwidth. Mainly suitable for 10 Gigabit Ethernet, the transmission rate is more than 2 times that of CAT6 and can reach 10Gbps.

At present, the CAT6A network cable is not widely used, mainly because of the standard, the process is not uniform, the cost and price are also high, and the application scope is not wide.

2, The difference between CAT6A and CAT6

The maximum transmission frequency is 250MHz, which is twice that of CAT5E. It is mainly used in Gigabit (1000M) networks, and the outer skin is marked with "CAT6". In addition, the CAT6 network cable supports 1000M Ethernet for security monitoring or horizontal line-to-point network transmission in buildings.

The maximum transmission frequency is 500MHz, which is twice that of CAT6. It is mainly used for 10 Gigabit (10G) networks. The outer surface is marked with "CAT.6A". In addition, the CAT6A network cable supports 10G Ethernet and will have a similar logo of 10Gigabit on the appearance. It is used in 5G base station construction, network computer room and other occasions. 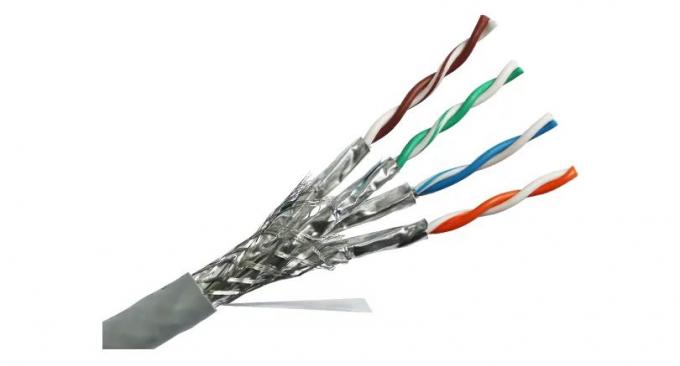 The core of the CAT6A line uses high-quality oxygen-free copper with a diameter of nearly 0.58mm as the transmission conductor, which is slightly thicker than the CAT6 line. The physical foam insulation is used, which greatly improves the transmission capacity of a single conductor.

From the perspective of the core of the network cable, the diameter of the core of CAT5E, CAT6, and CAT6A has increased. The higher the quality of copper used, the faster and more stable the transmission rate.

To sum up, this is the picture below: 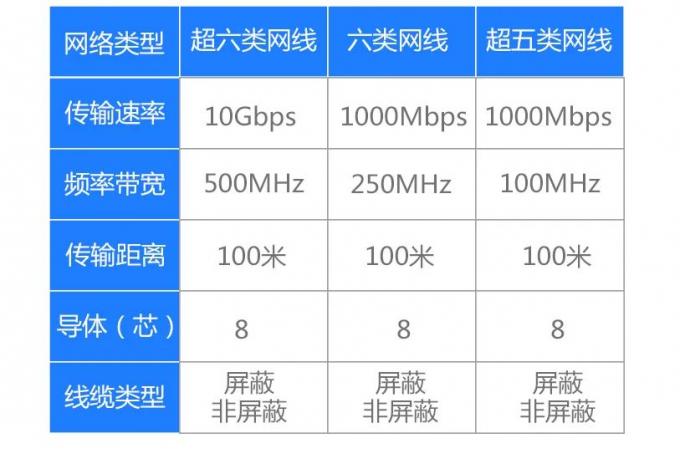 3.What network connector does the CAT6A cable use? How to make a connector? 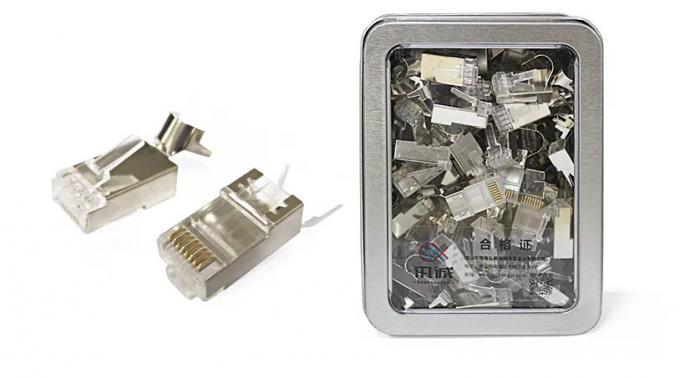 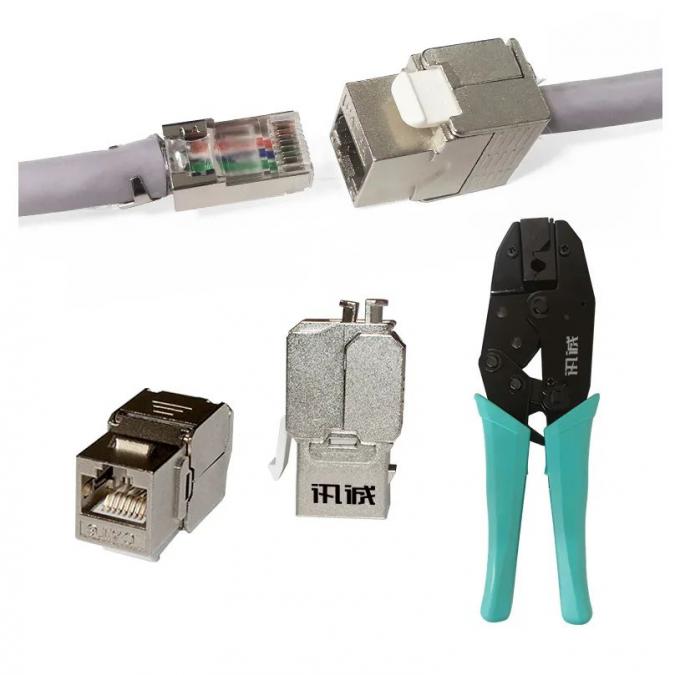